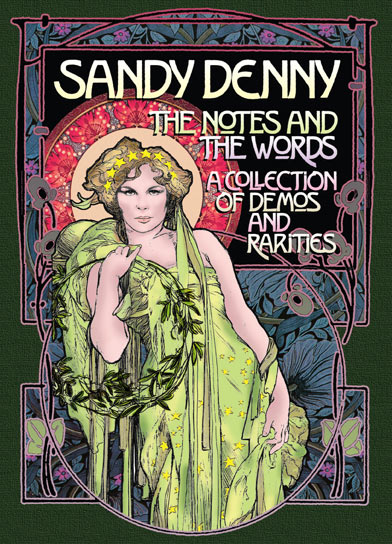 This boxset will be released on the 29th of October, and is available for pre-order now on Amazon UK

The original box set has become one of the most collectible box sets of all time. Now, for fans that missed out, this new four disc set boasts 75 songs that represent the cream of the rarities, demos and outtakes from the box set, including 17 demos taken from the master tapes of Sandy’s early home recordings. Among these is the first known recording of ‘Who Knows Where The Time Goes’, recorded in 1967. The set also features demos, outtakes and alternate versions of Fairport and Fotheringay classics as well as many tracks from her solo career. Tracklisting here