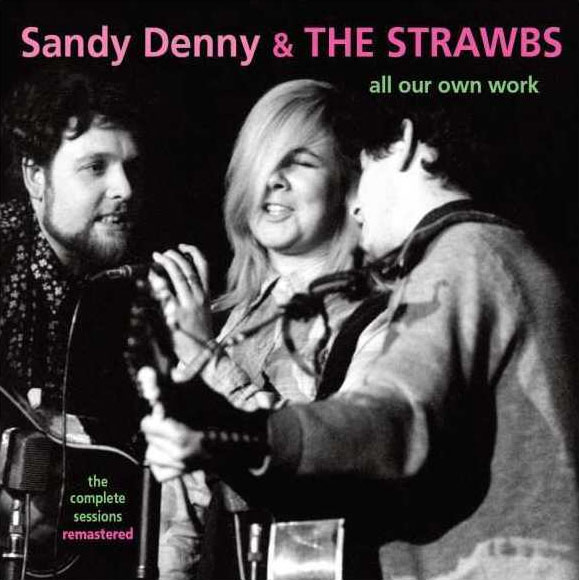 Great news…. After coming in at #8 in Uncut magazines 50 Greatest Lost Albums poll, Sandy Denny and the Strawbs’ All Our Own Work receives its debut CD release. The package contains the original album, the 90’s re-issue with strings, and unreleased demos. It will be released on 14th June 2010 on Witchwood.

Press Release:
This release marks the first full CD issue of this early British folk-rock album – the complete sessions, remastered 24 tracks – the original album, out-takes and demos, three previously unreleased demos . These historic recordings have every claim to be called the first British folk-rock album. All Our Own Work, comprising all original material, was recorded in Copenhagen in July 1967. It was not released until 1973, to cash in on the Top Ten successes of Strawbs, and sold 65,000 copies. This new release dispels the myths. The booklet contains extracts from Dave Cousins’ diary with the full time-line.