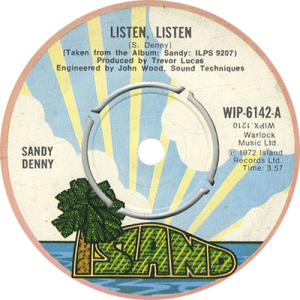 This single was released prior to the album Sandy in September 1972. The popular BBC Radio 1 DJ Tony Blackburn picked the the track as his single of the week.

A French version of this song, titled ‘Ecoute, Ecoute’ was recorded for a European single, but there is no evidence that it was ever released. However, it surfaced first on the cassette Together Again – The Attic Tracks Vol. 4, and commercially on The Attic Tracks CD.