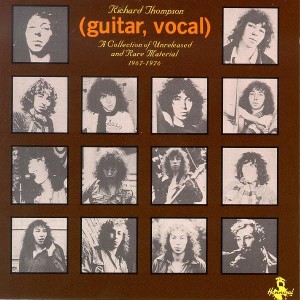 An album compiled and produced by Richard Thompson, John Wood and Richard Williams from previously unreleased and rare material from 1967 -1976.