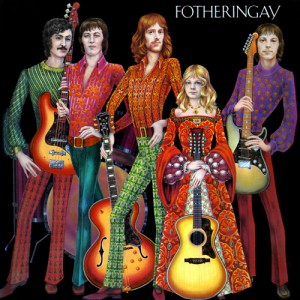 The original UK and US editions of the album were released in the gatefold format which featured a colour live photograph of the group taken by Tony Evans at the soundcheck to the bands gig at the Royal Festival Hall London, on 30th March 1970.

The cover and reverse were illustrated by Marion Appelton who was Trevor Lucas’ sister. The cover depicts the band in tudor style dress tying in with the bands name and it’s connection to Mary Queen of Scots. The reverse had a heraldic shield with the names of the group members on it.