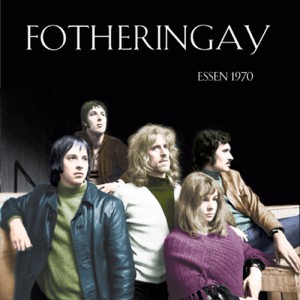 This special performance by Fotheringay was recorded at Grugahalle in Essen, Germany, on October 23rd 1970, as part of a large indoor festival that included many notable bands such as Supertramp, T. Rex, and Kraftwerk to name a few. This recording stands out as one of the best live performances ever captured of this short-lived but amazing band.