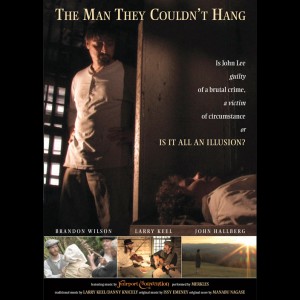 In 1975 the BBC produced The Man They Couldn’t Hang for television, a version of Fairport Convention’s album “Babbacombe” Lee. It was recorded on 24 September, 1974 and broadcast on 1 February, 1975, and featured narration by Melvin Bragg and broadsides by Martin Carthy. Most of the songs from the record are performed by an unusual Fairport line-up (Donahue / Nicol / Mattacks / Pegg / Swarbrick), including one sung by Sandy Denny (three verses) and Simon Nicol (last verse).

In 1992, the BBC released The Man They Couldn’t Hang on video.