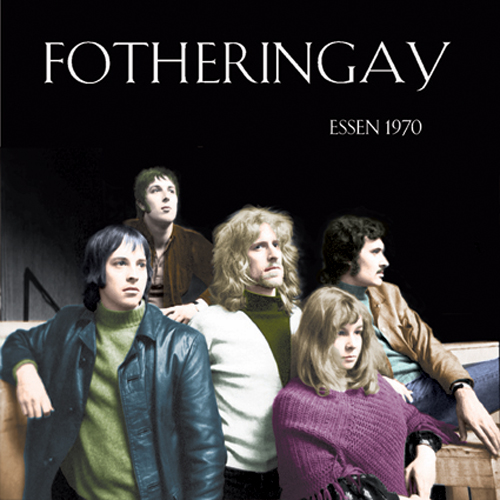 Today sees the release of a special live performance by Fotheringay that was recorded at Grugahalle in Essen, Germany, on 23rd October 1970. Fotheringay performed as part of a large indoor festival that included many notable bands such as Supertramp, T. Rex, and Kraftwerk to name a few. The concert tapes have been elaborately re-mastered by Fotheringay guitarist Jerry Donahue who got the most out of the vintage recording. This performance was recorded semi-professionally by the festival host, and stands out as one of the best live performances ever captured of this short-lived but amazing band.

The complete concert is released on both CD and LP and features sleeve notes by Sandy Denny expert Philip Ward. More information including the tracklisting is available in our discography here

Talking Elephant are now selling the CD and LP