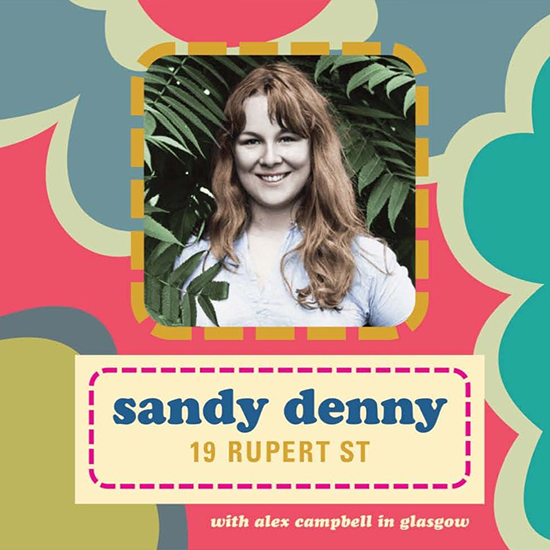 19 Rupert Street has been released on a high quality vinyl edition by Music On Vinyl, and can now be bought in our store

The LP is a rare early recording of Sandy performing with Alex Campbell at his house at 19 Rupert Street in 1967. The recording includes performances of a number of songs that Sandy never recorded, (including tracks like John Martyn’s Fairytale Lullaby and the traditional The Leaves of Life) making this an essential release for fans.